A young future club President in the making, Paul Tree looking on, evaluating the head, at the official opening day of the new green on the 1st May 1975. 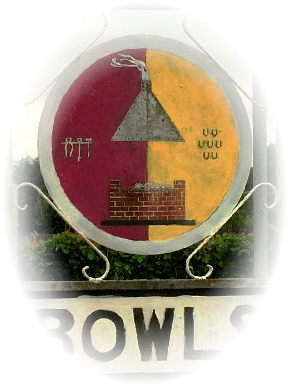 Great Plumstead Bowls Club was founded in 1952, the club sign and badge represents the village blacksmiths forge that was located at Middle Road and was in the hands of the Jermy family at this time. 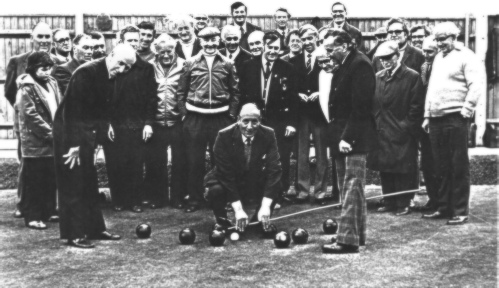 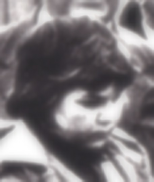 On the 19th of May 1952 at a meeting held at the vicarage. Mr Bainbridge a fruit grower of Apple Tree Farm and Mr Waters a farmer of Grove Farm both situated in Smee Lane, Great Plumstead offered their tennis courts for use as bowling greens.

Mr Bainbridge was duly elected as the first captain of Geat Plumstead Bowls Club and games were played on alternate Tuesdays, shortly followed by the first friendlies on a home and away basis against Blofield Heath.

Bainbridge Bros, was a major fruit growing company supplying apples to markets locally and nationally and also to the Gaymer Cider Company.

The lost orchards of the Smee ©, written by Evelyn Simak for more history of the area, see the article here: 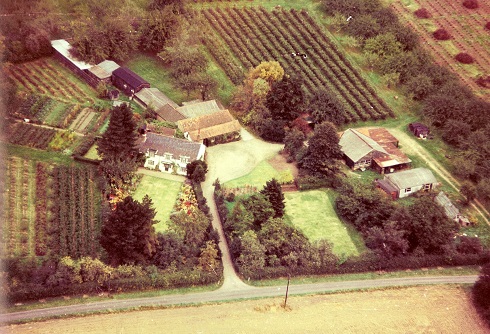 The above aerial photograph was taken in 1972, it shows the tennis court situated to the right of the driveway to Apple Tree Farm. Photograph courtesy of  David and Linda Wheeler. 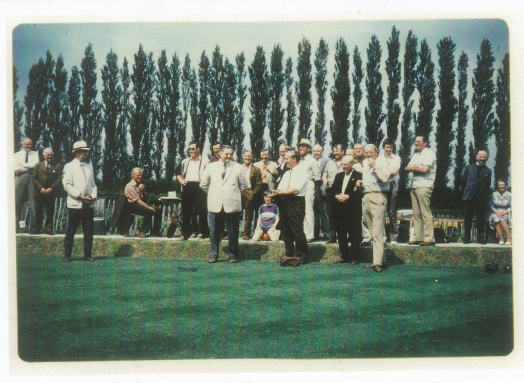 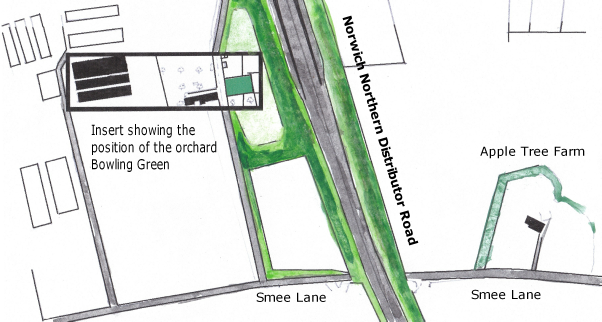 The  map above shows the position of the Bowling Green located at the orchard, next to Smee House, the green was lost many years ago due to agriculture, now the area has been swallowed up by the Norwich Northern Distributor Road.

At the AGM held on 30th September 1952, Mr Bainbridge was elected as President and he set aside a portion of his orchards as a bowls green, it was located between between Smee Lane and Low Road next to a path opposite Smee House.

He had the work undertaken and the grass seed was sown at a cost of £20.

It was between 1956 and 1958 the club became affiliated to the Norfolk County Bowls Association but did not play in any leagues.

During November 1962 Mr Waters put forward a revolutionary proposal that a portion of the allotments at the top gate should be made into a Bowling Green.

The ground belonged to the Parish Council which could not be used as allotments and was near the people in the centre of the Parish, Mr Waters volunteered to do the levelling with the implements from the farm. He said it would take four years. The proposal was left to the Club to decide.

Work on the new green on the allotments was started in 1973, on the 1st May 1975 saw the official opening.

It was Gordon Tree, father of the current Club President/Chairman Paul Tree, who was the Club Captain, organised the clubs first league matches for the start  of the 1976 season.

The lost orchards of the Smee ©